3 Things Marketers Should Do this Christmas Season 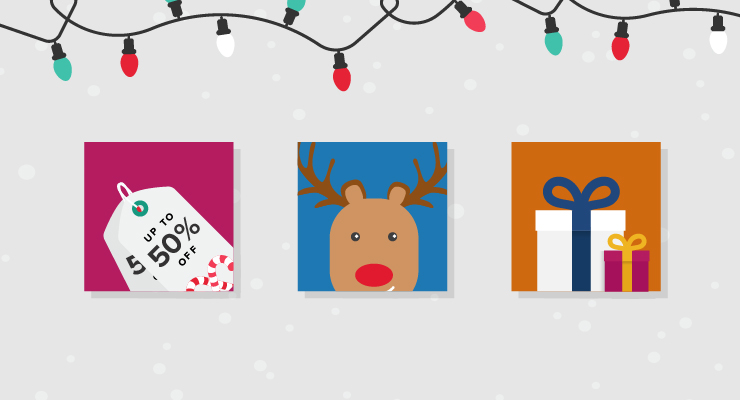 The weather gets colder, streets shine brighter, and malls get busier. Kids craft their wish lists and adults prepare their gifts lists. In the most wonderful time of the year, how do you make your brand become one of their favorite things?

Let’s take a look at how some of the best Christmas campaigns sprinkled a little more sparkle to everyone’s Yuletide.

1.  Challenge your target market into creating something delightful.

When your brand has been present for more than 50 years, it can be quite challenging to stay at your target market’s top of mind. How do you convince generations after generations to still patronize your brand?

Lego, founded at the 1930’s, was struggling with the same difficulty. It needed a boost in brand awareness and realized they have to foster a relationship with their target audience. More so, Lego needed an engaging campaign that will ignite the interest of their target audience toward Lego building-blocks.

Holiplay Campaign, a Lego holiday initiative launched in 2011, aspired to create an emotional connection with their customers through its “Brickmented Reality.” Customers were encouraged to submit photos of their Lego blocks creatively incorporated to their holidays for a chance to win prizes. The campaign spread like wildfire resulting to 150,000 website views, worldwide PR coverage, and submissions from 119 countries.

See video below for more details.

2. Do a selfless act and go beyond your brand.

Rather than hyping its holiday promotions, E-bay decided to shake up the Christmas season by encouraging everyone to donate a toy. The “Give-A-Toy Store” campaign was launched through an interactive window display that animates whenever someone scans a price tag and donates via E-bay’s mobile app.

Apart from creating a positive brand image, the e-commerce giant was also able to increase its mobile app downloads and usage. Downloading the app didn’t come as a hassle since it was all for a good cause.

As one of the buyers said, “Just the thought of being able to buy a kid a toy this way is really awesome.”

3.  Let nothing stop you from spreading happiness.

There are two types of viral videos – videos that people love and videos that they utterly despise. And when it comes to adverts depicting politics and/or religion, a handful fall under the “despise” category.

Creating campaigns with a take on current events and other pressing issues instantly invites huge impressions and high engagement. Although enticing as it may sound, a large number of brands have been ridiculed for producing political and religion-related campaigns that come off as insensitive, malicious, and/or offensive. These types of advertisements can make your brand weary as to whether it is going to be a hit or a miss.

This premise didn’t halt Amazon from creating a delightful ad tackling Christianity and Islam. At a time when Islamophobia was reported to be on the rise in the UK, the online retail giant produced a heartwarming campaign that celebrated inter-faith friendship. They even casted real religious leaders from the United Kingdom making the commercial even more real and sincere.

Aside from promoting inter-faith friendship, Amazon was able to successfully promote its brand as the most convenient and efficient online retail channel, no matter what religion or beliefs you may have.

Go the extra mile this Christmas season and think beyond the usual price drop promotion. After all, ‘tis the season of giving.