These April Fools’ Campaigns are No Joke

We’ve been celebrating April Fools’ Day since the 16th century, but it was only until recently — 1983, to be exact — that brands decided to get in on the fun. 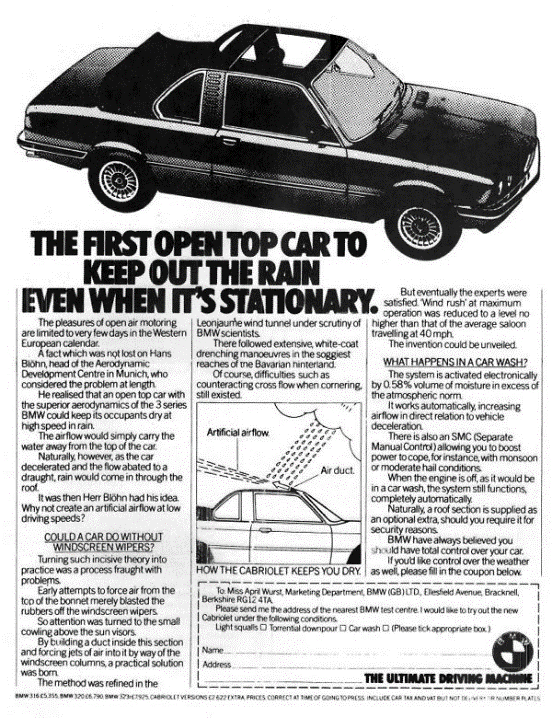 From the first ever branded prank thanks to BMW (a print ad for a rain-deflecting convertible), brands doing April Fools’ have made leaps and bounds in complexity ever since the introduction of the internet and social media.

In this article, we take a look at our favorite local April 1 campaigns for this year.

The design agency that said “go big or go home”

Since its inception in 2013, Sunnies changed what the term “lifestyle brand” meant for Filipinos. Its business model of expanding into many different ventures and collecting as much hyphens as they can (right now, it’s a sunglasses-cum-prescription-eyewear-retailer-slash-cafe-slash-makeup brand) had definitely influenced many other brands to do the same.

So when boutique branding and design agency Serious Studio began releasing teasers for an upcoming makeup line called Serious Face, nobody raised an eyebrow. After all, the brand had already dipped their toes into branded merchandise like shirts and tote bags; a makeup line wouldn’t be too farfetched. 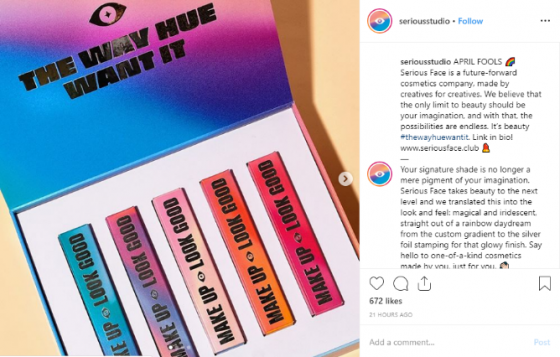 Serious Face could have given local and international makeup brands a run for their money — if only it existed. But try to add one of their colorful lippies to your cart, and you get hit with that dreaded April 1 greeting.

Alas, the makeup line was an April Fools’ joke by Serious Studio just making sure everyone knows that the agency is a force to be reckoned with.

Joke’s on you, KFC, now we want the Quadruple Down

When you really think about it, many of KFC’s product offerings sound like April Fools’ jokes. Remember their infamous Cheese Top Burger (so widely ridiculed it even got parodied on Jimmy Kimmel Live)? Or their Crispy Cheese Chicken topped with crushed Clover Chips? Or literally a tiny bucket of fried chicken skin?

But the (best) worst offender of them all is no doubt the Double Down burger: a few pieces of bacon sandwiched between 2 chicken fillets, dressed with mayonnaise and a slice of cheese. 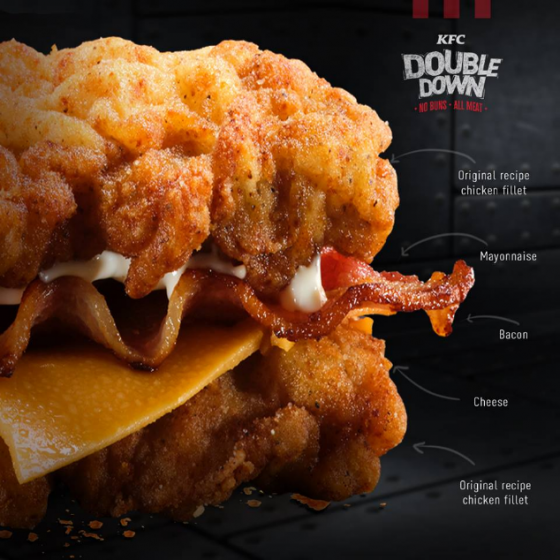 And yet, at the end of the day, these ridiculous menu items still find a home in the bottom of our tummies year after year (yes, even the Cheese Top Burger). So KFC shouldn’t have been surprised when their April Fools’ joke backfired in the best way possible: by creating insistent public demand.

Last April 1, 2019, KFC Philippines made an offer that many Double Down fanatics can’t refuse — the Quadruple Down. 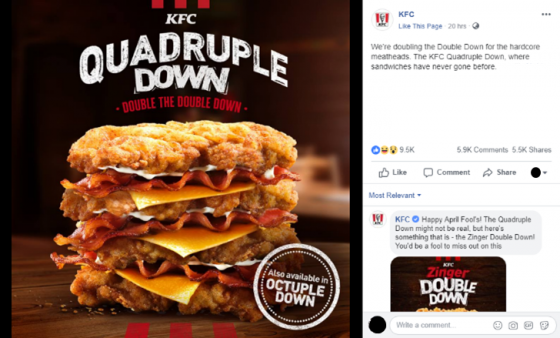 In reality, it was all just a ruse to generate interest for their new Zinger Double Down, although the promise of a Quadruple Down — even an Octuple Down — may have overshadowed the new product. But who knows? Maybe the demand for the Quadruple Down will turn fantasy into reality.

Email marketing is tough — you can be sending out emails to hundreds of thousands of users, and only 15% of them will open it, much less read or click on its contents. And we don’t blame them: when you’ve got important emails to answer, opening up an email from a mailing list you don’t remember subscribing to is probably the last thing on your mind.

But when you receive an email telling you that a product you never added to your cart, ordered, or paid for, is already en route to your house, you better open that email quick.

This is exactly what Zalora did for April Fools’.

To promote their new discount code, the ecommerce brand traded in the usual promotional subject lines in all caps (“UP TO 40% OFF!” “LIMITED TIME OFFER ONLY!” “FREE SHIPPING ON YOUR NEXT ORDER!” “REMINDER: YOU STILL HAVE # ITEMS IN YOUR CART!”) and slipped into something more comfortable. Too comfortable, in fact. 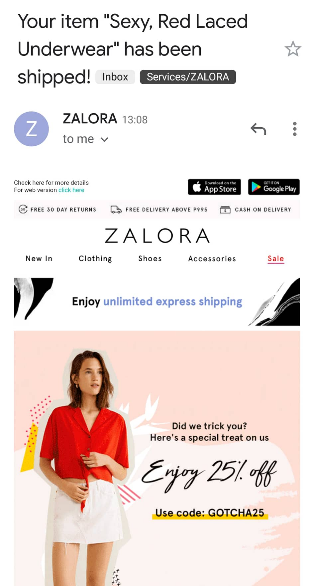 Zalora’s marketing email bearing the subject line “Your item ‘Sexy, Red Laced Underwear’ has been shipped!” caused a bit of a panic and confusion among its customers, which quickly turned into joy and relief as their subscribers saw the promo code waiting for them inside the email.

There’s much to be said whether or not the idea of brands doing April Fools’ pranks is still fresh and original, but we’re not going to lie: these campaigns had us looking forward to next year’s jokes.