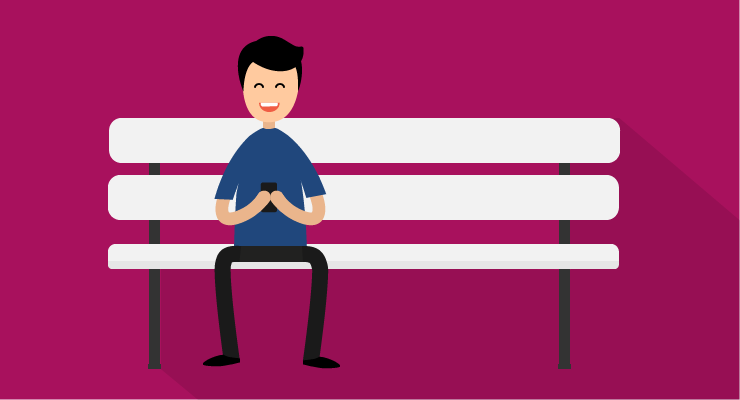 2017 was a remarkable year for the digital and mobile marketing. Over 80% of Internet users now own a smartphone, and this trend is expected to increase as more people are getting easier access to cheaper and better mobile phones. This is especially true in emerging markets like the Philippines, where smartphone penetration is expected to increase from 40% in 2015 to 70% in 2018.

Knowing this huge shift in the market from desktop to mobile, companies in the Philippines have also begun shifting to campaigns that rely heavily on mobile users. From collecting location-based data to creating virtual reality apps, advertising on mobile has proven to be an important aspect of any company’s marketing strategy. Let’s take a look at some popular mobile trends in 2017 and campaigns that executed them.

VR and AR are 2 hot technologies for mobile right now, people often get these confused. Virtual Reality (VR) is the simulation of three-dimensional images or environments that users can interact with through the use of equipment such as gloves or helmets with sensors. On the other hand, Augmented Reality (AR) is technology that creates a computer-generated image that’s combined with the user’s view of the real world. In short, VR allows a user to see a whole different world, whereas AR allows a user to see combinations of our world plus three-dimensional images. Popular mobile apps that have used VR and AR technology are Pokémon Go and Snapchat.

When you mix VR/AR technology with marketing and advertising to promote brands, it creates a whole new user experience for the brand’s customers, allowing them to further interact and engage with the brand. An example of this would be the virtual app of AMC that was launched last September.

To celebrate its 100th episode and Season 8 premiere, AMC hit TV show “The Walking Dead” partnered with PepsiCo brand Mountain Dew to create a virtual and augmented reality app called “The Walking Dead Encounter”. The app, when paired with VR devices such as Oculus Gear VR and Google Daydream headsets, creates two different experiences for the user: “Devoured” allows you to play the game from the POV of someone running from (and perhaps eventually getting eaten by) a horde of zombies, and “Herd” is playing the game from the POV of a zombie hanging out with a mob of undead creatures.

About a month after the launch of “The Walking Dead Encounter”, AMC’s The Walking Dead premiered its 8th season with 11.4 million total viewers. Considering the show has been going on for two years shy of a decade, this season was still one of the highest premieres the show has had.

When you’re playing a game or using an app on your phone, it’s quite common for you to come across an ad every now and then. While some are simply display ads, others are videos that you can’t skip. It’s at this point when you realize that 30 seconds can somehow actually feel like a lifetime. Although many brands understand the importance of video in their marketing strategies, it may not always be as effective as sometimes you’re not really able to capture the interest of your audience.

This is why some brands are now dabbling in interactive video. Interactive video is a type of video that you can watch on your mobile phone or tablet that entails interaction from the user. It plays like a regular video file but have certain aspects that are clickable or “swipe-able”.

20th Century Fox’s campaign for its movie “War for The Planet of the Apes” is an example of how brands can leverage on interactive video. Focusing on mobile ads, a full-length trailer for the movie was targeted to mobile users. At the end of the trailer, an interactive slide comes up that enables the user to swipe up and down, revealing descriptions of the film’s main characters.

The campaign ended with a video completion rate of 88%, which is above the average mobile completion rate of 69%. Going beyond the video, the campaign had a click-through rate of 4%, as many also opted to purchase tickets right after interacting with the ad. This CTR is also 3.5x higher than industry benchmarks for mobile video campaigns.

This might not be a new trend, but many brands have definitely used social media to reinvent themselves. These days, brands are so obsessed with the word “content”. How do we increase our online followers? How can we make a viral video? What kind of app should we create? These are only some of the many questions that brands tend to ask their marketing team. Although innovative trends like virtual reality apps and chatbots normally capture large audiences, there’s still nothing like good content to increase audience engagement with your brand.

I’m sure many will remember from their childhood (depending how old you are right now) receiving the magazine with the large yellow frame on the cover called National Geographic. National Geographic is one of those brands that have used content to reinvent how audiences view them. Starting out as a magazine in the late 1800s, it has since expanded into a TV network with original shows, merchandise like t-shirts and caps, and social media platforms such as Facebook, Instagram, and YouTube.

Initially joining Snapchat in 2015, National Geographic is one of the biggest companies promoting on the social media app. According to a Snap Inc. spokesperson, “National Geographic’s success is a direct result of their thoughtful approach to creating unique content that resonates with Snapchatters”.

Part of creating unique content was also changing the way it was initially produced and presented. For instance, traditionally you would only hear about or see photos of writers and photographers’ travels and explorations after they’ve already happened, whether via a magazine or a website article. But now, with Snapchat, National Geographic’s photographers could take behind-the-scenes selfies and videos – whether it’s waiting for fireflies to appear at night, or taking them through a wildlife photographer’s creative process.

The behind-the-scenes content took the brand to a whole new personal level that piqued the interest of Snapchatters. In the end, applying a different strategy to their content and taking them to a whole new personal level proved effective, as National Geographic was able to exponentially grow its followers on Snapchat by 3 million in a span of only 3 months. The brand also saw 2x increase in completion rate, 2-4x increase in daily active users, and 50% increase in revenue due to Snapchat. The strategies also allowed them to introduce their brand to a younger, more tech-savvy audience who might not have been captured if their marketing strategies didn’t expand to mobile channels.

2017 was a great year for innovation and strengthening the foundation of many mobile campaigns. We can’t wait to see what’s in store for 2018!